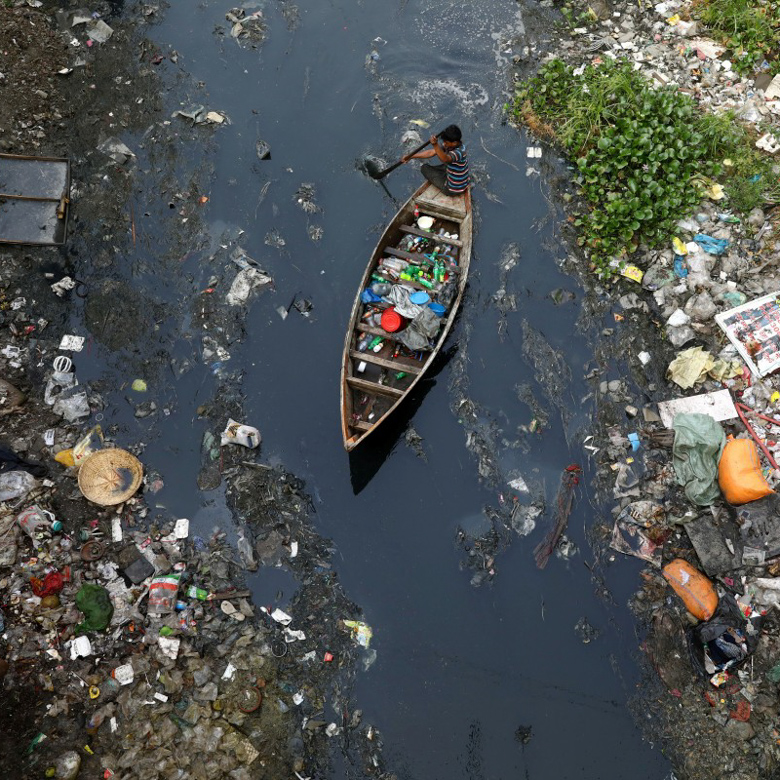 Vietnam has been facing a combination of air, water, and solid waste pollution. The rapid urbanisation and industrialisation were generating more and more pollutants, and the water environment had been badly hit. Heavy metals, garbage and other pollutants have been entering rivers, “killing” the areas around urban areas and alongside the rivers, completely ridding the riverbanks of plants and animals.

Apart from the economic losses, water pollution had serious health impacts. According to an environmental expert, in Ho Chi Minh City the amount of garbage per day is 4,000 tons.

The major rivers in the south are Đồng Nai River and Mekong River. The water volumes in these rivers were showing vast differences during different seasons. The quality of water had also degraded and the risks of water exhaustion were alarmingly apparent.

Improper exploitation and use have decreased both the quantity and quality of water in urban areas including HCM City, Hà Nội, Vĩnh Yên City in Vĩnh Phúc Province and Sóc Trăng City.

Urban water supply pipe systems are said to have degraded in all localities, resulting in wastage as well as pollution.

The concentration of ammonia was found to be dozens of  times higher than permitted levels in almost all 34 wells located near 13 water treatment and supply stations in the city.

High concentration of iron and/or ammonia can change taste, colour and characteristics of food, making them less digestive or more prone to triggering diseases. Residents are very worried about the health implications of such reports.